Sosnowski grew up in Carol Stream, Illinois where his father worked as a carpenter and his mother raised four children. Joe attended Northern Illinois University in DeKalb, and after graduation, Joe was elected as a City of DeKalb Alderman. While in DeKalb, Joe worked as a property manager for student apartments.

Joe’s wife Roxanne was born in Belvidere, Illinois and attended local schools graduating from Northern Illinois University College of Law in May 2004. Roxanne’s family continues to reside in the Boone/Winnebago County area.

Joe and Roxanne moved to Rockford in 2004 and quickly became involved in local issues. Joe ran for City of Rockford First Ward Alderman and was elected in the spring of 2005 and re-elected in 2009. In 2010, he successfully ran for State Representative in the 69th Legislative District.

He currently serves on the following House committees: Transportation Regulation, Roads and Bridges; Appropriations — Elementary and Secondary Education; Cities and Villages; and Aging

Rockton is the kind of Village that people fall in love with.  A treasure nestled on the northern edge of Winnebago County, it is history, with a future. Whether you come because of the schools, the culture, the countryside, the business opportunities, or just to be a part of its small town charm, Rockton offers a million reasons to stay.

Rockton is a true Midwestern village where community and quality of life are values that are revealed in every street and sidewalk. Beginning in the historic downtown shopping center and moving out to its farm-cushioned edge, Rockton is unique–a place that its citizens are proud to call home.

This site was designed to provide information to city residents and “electronic visitors” alike.  We are interested in what you have to say! Your feedback is very important to us. Please feel free to contact us by phone, email, or through our online forms with any questions or comments that you may have.

The Village of Rockton is committed to provide leadership, services, and direction for growth while preserving our unique community. 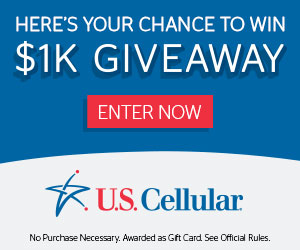