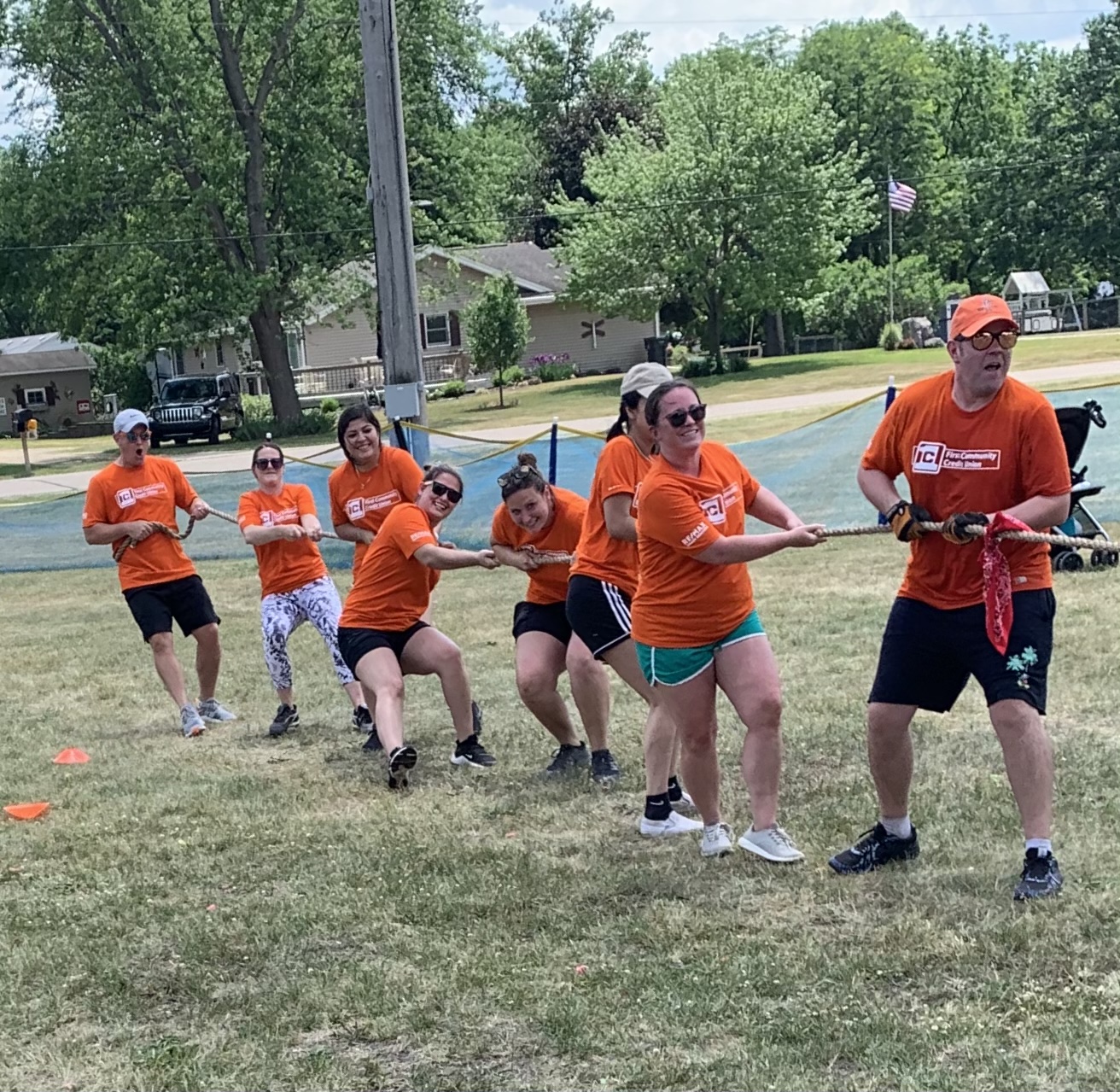 On June 6th, teams came together for some intense outdoor field day competition. The first meeting of these teams proved to be the clash of the Titans we all expected and everyone brought their A-team.

At the end of the day it was a close race for top-spot. After the points were tallied, First Community Credit Union and their Captain George Pleshkewych came out victorious.

The next opportunity to gain points toward the competition is at our Golf Play Day on July 29th, which is open to the public for registration.